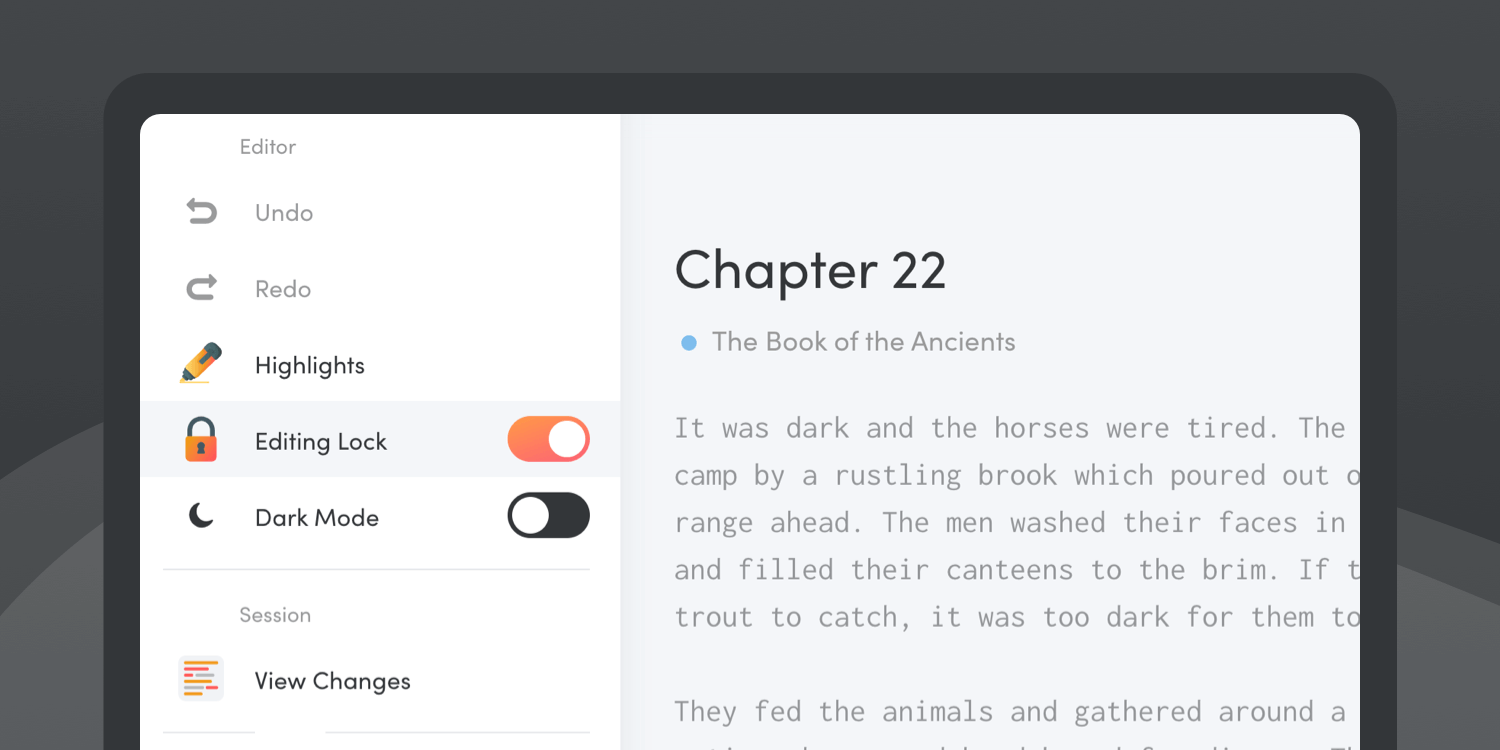 Trying to edit less while first-drafting? We're adding a new feature to the Writing Analytics editor to help.

Editing while writing can have a significant effect on your productivity as a writer. Instead of moving on and working out what you want to say next, you keep rephrasing and adjusting what you already wrote. While it can work for some writers, others end up running in circles, becoming increasingly frustrated with the process.

"You can always edit a bad page. You can't edit a blank page," as Jodi Picoult puts it. Most writers prioritise getting something done over getting it right in the first draft stage. Not focusing on the details lets you compose the draft a lot faster. It also makes editing easier because you can evaluate the piece as a whole. It's much easier to identify what's missing and what needs to be cut.

When editing as you go, you may waste hours on perfecting paragraphs that will have to be cut later because they don't fit the overall structure of the piece — but you don't know that at the time. The effort you put into those passages during the first draft only makes it harder to cut them later.

However, breaking the habit can be very difficult. After all, this is what you've done for many years or even decades. That's why we're adding Editing Lock to Writing Analytics.

Just like writing longhand or using a typewriter, you can cross words out using the ~~strike-through~~ markers, but you won't be able to remove them from the draft.

This will help you stand by your commitment to doing no editing when you make a mistake, and your old habits inevitably come back to fix 'just this one.'

How To Enable the Editing Lock

To turn the editing lock feature on during a writing session, open the main menu by clicking the button in the top-left corner of the editor:

Click on the Editing Lock entry in the main menu:

A padlock icon will appear to the left from the Focus indicator at the bottom of the editor while the editor lock is on:

To turn the feature off again, go back to the menu and click the Editing Lock entry again.

Writing Analytics is a cloud-based writing app designed to help you create a sustainable writing routine. It combines several tools that writers use to be more productive and get words on the page.

Not a Writing Analytics user yet? Start your 14-day free trial today!

Hi, I'm Radek. I'm a writer, software engineer and the founder of Writing Analytics.
Enjoyed the post? Don't miss our next article.
We won't share your email with anyone. Unsubscribe at any time. 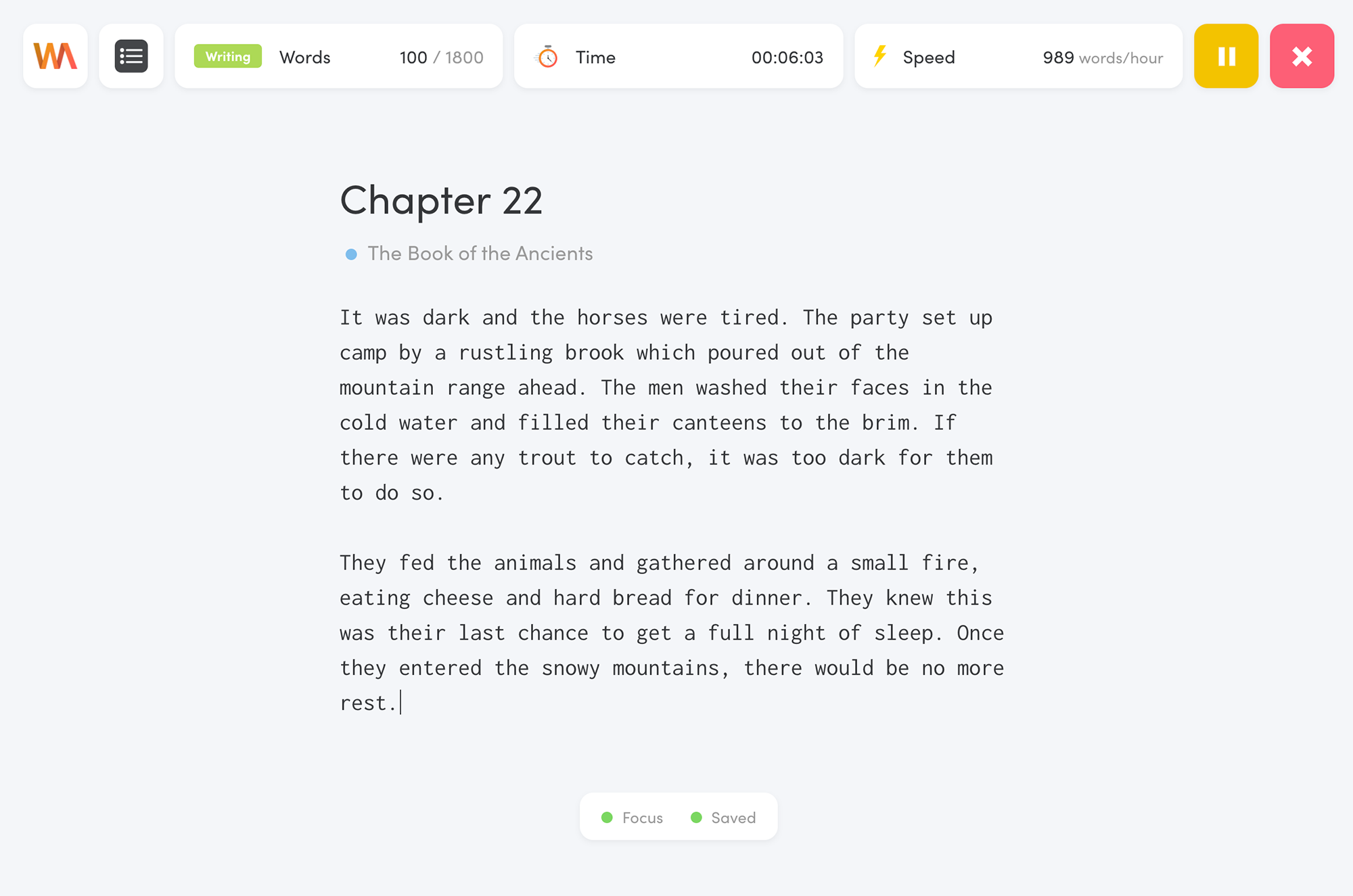